I arrived here at Clipgate Farm on the evening of Sunday 21 June having travelled for 13½ hours and I was glad just to have anywhere to lay my head that night. It had been agreed that I’d doss down for a couple of nights in the airfield Control caravan after which I’d be happily flying off to France, but it hasn’t worked out that way of course.

I’m still here after 10 days or so and it looks as though I’ll be remaining here for a few days more but although I’m still in the caravan, I’m not complaining too much. When I arrived, going into the caravan was a bit like going on the Ghost Train at the fairground where you travel through a darkened tunnel and what feels like cobwebs keep brushing your face. The thing was in the caravan, these were real!

If I’m honest, although it was suffering from having been unused during the Covid lockdown, I don’t think that it had been cleaned, like most airfield caravans and huts, for quite a while (years?) prior. I didn’t fancy the prospect of having to put my shoes on to go for a pee during the night so shortly after I arrived, when I knew I was going to be staying for longer than expected, I decided that having nothing better to do, I’d give the whole caravan a clean right through.

And I’m glad I did, because since then I’ve been more than comfortable as it has a fridge and a microwave, both of which needed a good old clean-up before they could be used mind, plus I can get 4G internet on my phone, albeit a bit sporadically occasionally as we’re in the countryside, so I can get a good internet connection most of the time on both it and my laptop.

Here are some shots that I took of my abode this morning and as you can see from them, I’m not suffering too much by being here. 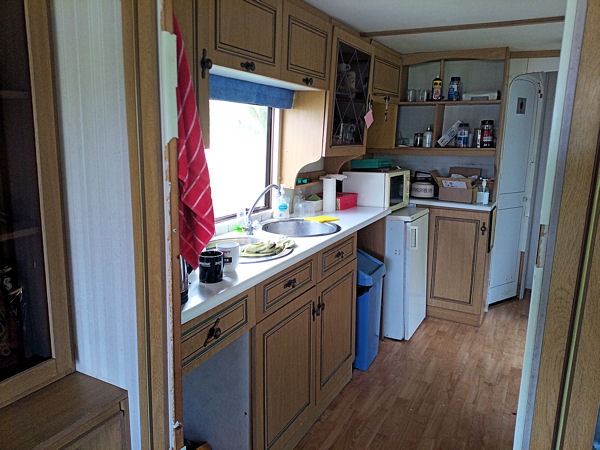 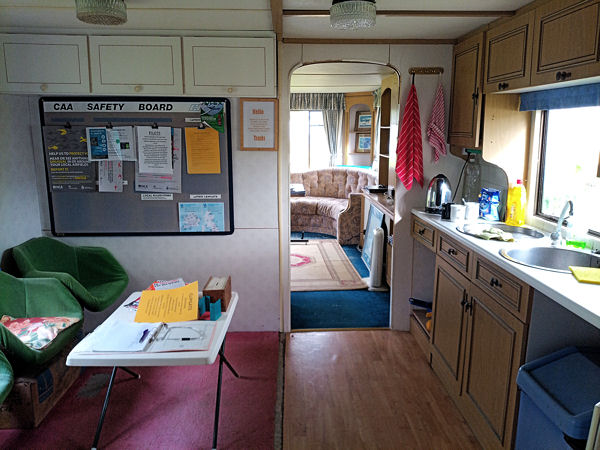 We’ve had a lovely day today – blue skies with scudding cloud but too windy to think about flying. I couldn’t initially anyway as after completing the installation of 24ZN’s new stator I still had some connections to make, including its dreaded multi-connector. So the first job this morning was to nip into Halfords at Canterbury to pick up yet more tools and bits and pieces, all of which I have back home in France, but which were essential to get the job completed. Then I was able to complete the stator installation.

All went smoothly. I had to remake the magneto earth connections twice in the multi-connector before I could get the engine to shut off after ground running it but in doing so I effected a very good repair of the multi-connector itself which I was very happy with. The ground run showed that I now have mag drops that are spot on and full take off revs so taken all round, I’ve now got the engine to be as good as it can possibly be for the Channel crossing and the flight down through France.

In fact, having now overhauled both the fuel and ignition systems, which I was going to do after I’d arrived home in France anyway, the Xair’s engine is better than it has ever been even since before its previous owner sold it all those years ago to the friend from whom I acquired it.

Here are some shots that I took today after I’d finished, cleared up and given 24ZN a bit of a polish. I’m pleased with how it’s come up and think that it looks very tidy now that everything is neat and cable-tied. 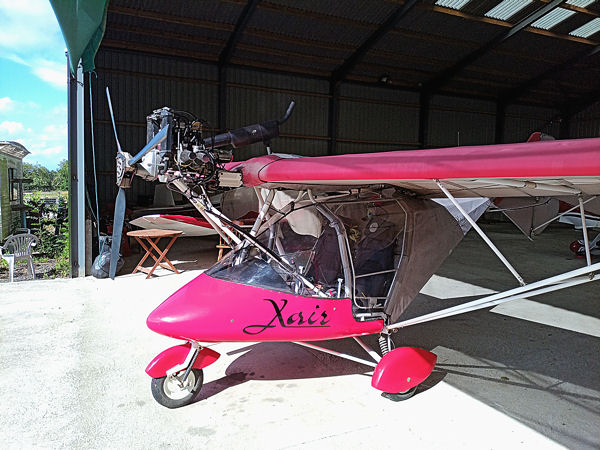 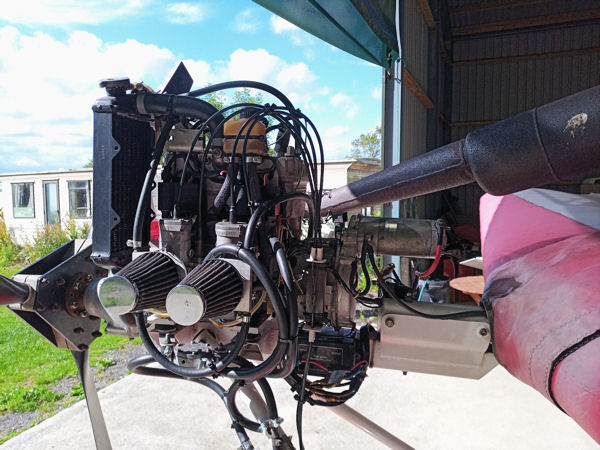 So 24ZN is as ready as it’ll ever be, and much more so than previously, for my flight over to France. The question is when will that be? A day or so ago, it looked as though Friday might be an option but I didn’t like it much as much of the flight would have been into a headwind. Now it looks as though it won’t be on anyway due to unacceptably high winds in the far north of France, so I’m looking a bit further into the future.

At the moment, Tuesday and Wednesday of next week look as though they could be ‘golden days’ with light to moderate tail winds the whole way which would save me over an hour’s flying time compared to Friday. So now it’s just a matter of waiting and seeing how things turn out. I’ve been here before – several times – and this time I hope that the weather gods do play ball and I am able to get away at last with a fair wind on my tail 😉