My Kia Sportage broke down in June 2018 and was recovered here to the Dordogne almost exactly a year ago. Since then I have obtained a replacement lower mileage engine for it from San Sebastian in Spain which a local mechanic has fitted together with a host of new parts including three sets of remanufactured fuel injectors after the first two sets from a German supplier (they ‘replaced’ the first faulty set) were found to be total rubbish with false paperwork. 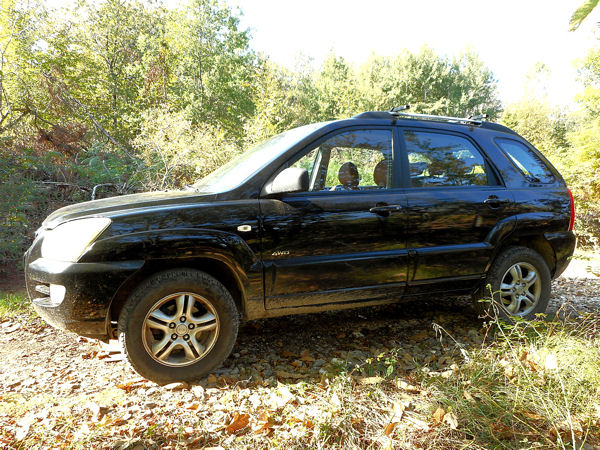 It has been a tortuous (and expensive) process which came to a head a few weeks ago when the third good set of fuel injectors, which I sourced from Korea, were fitted and the engine was found to be still suffering from a smoking problem which my mechanic couldn’t fathom.

The original engine was destroyed when its Bosch high pressure fuel pump failed and flooded the engine with diesel fuel that entered the lubrication system, which was why the engine’s bearings ran, together with the fuel inlet and engine exhaust systems. I’m from the twin SU carburettor era so am far from knowledgeable on fuel injected engines but I suggested from what I’ve gleaned over the years that maybe the problem was to do with the engine’s diesel particulate filter (DPF).

This extracts most of the harmful particulates from the exhaust gases before the latter pass through the catalytic converter and are released into the atmosphere. Fuel is then fed into the DPF and when the exhaust gets hot enough, this ignites and burns at a high enough temperature to destroy the captured particulates.

My reasoning was that this could be explained as follows. I suggested that following the original incident, the DPF, which has a ceramic inner, still contained a certain volume of unburnt fuel residue. When the engine and exhaust were cool, the temperature was not high enough to start burning this off, but became high enough as the car was being driven, which is why the clouds of smoke began to be emitted. On returning to the workshop and allowing the engine to idle, the temperature then fell back to a level too low to burn the fuel off so the smoke clouds then gradually disappeared.

I’d been wanting to test this out for a week or so but was unable to do so because of other matters that I needed to attend to, up until today when I was able to initially take the car for a more extended drive on local country roads and subsequently on a longer high speed drive on the péage to Brive. It soon became evident while driving locally that the main smoking problem had disappeared after a few minutes of driving. However, it was still present when the engine was ‘gunned’, for hard acceleration for example, and when kicking down the auto gearbox, and also especially when climbing hills.

That’s when I decided to do the extended high speed drive to Brive, as I’d read that that’s how to ‘reset’ DPF filters. And I’m delighted to say that it worked. Initially the problem persisted but only for a very short while. After I’d managed to get the car up to 130/140 kmh for a few kilometres it had disappeared completely, so as far as I’m concerned, my Kia is back in action and not before time.

My mechanic will be giving everything a final once over during the next few days, and he’ll be delighted to see the back of the car after all this time. Once I get it back, probably early next week, I’ll have several things to deal with (the driver’s seatbelt has been nicked somehow so will have to be changed plus the engine bay will have to be thoroughly cleaned down just for starters) and then I’ll have to start thinking about car choices as I won’t really be able to justify keeping both the Kia and the C-Max. Pity really as both have their strong points, but such is life I suppose.